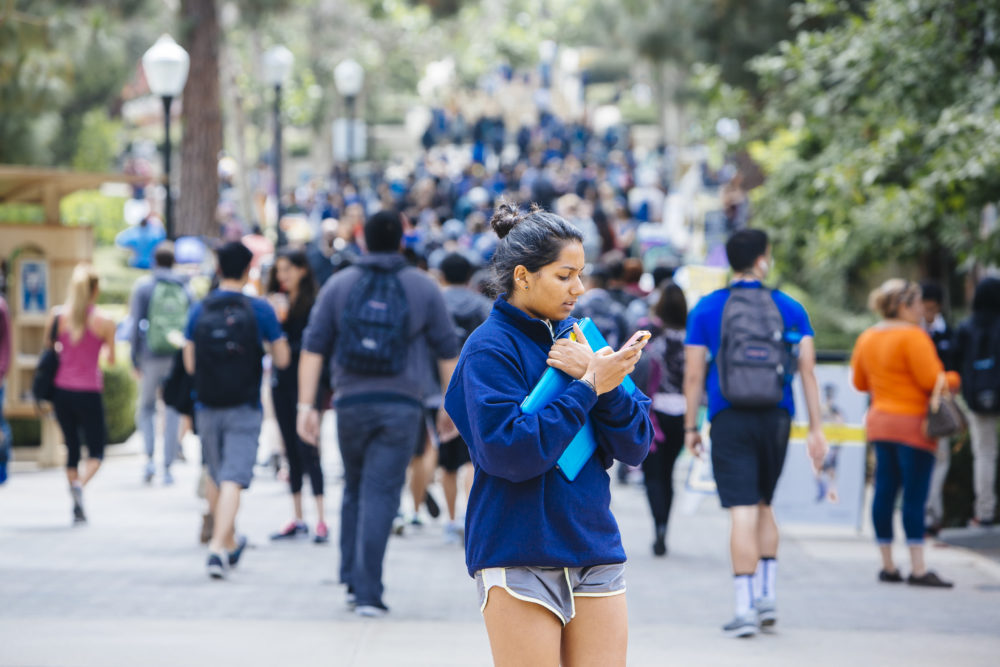 By Alexa Rivetti, UCB Student Intern, UCOP.  Just before 10:00 a.m. on June 2, David Lakatta, Systems Administrator at UCLA Library, was heading to work when he received a text on his phone, alerting him to go to a secure location immediately and lock down. Lakatta didn’t miss a beat, turning right back around toward safety.

The UCLA community has Art Kirkland, director of emergency management at UCLA, to thank for quickly alerting the campus that morning via BruinAlert, UCLA’s emergency notification system, to the possibility of an active shooter. Once the lockdown was lifted, calls flooded Kirkland’s office seeking advice on how to prepare for future emergencies.

After serving in the U.S. Army for over 25 years, Kirkland got into higher ed by assisting Tulane University in July 2005 with emergency management, exactly four weeks before Hurricane Katrina hit the area. When asked why he transferred to UCLA a few years later, Kirkland says he was inspired by the challenge of working for a school four times the size of Tulane, both in terms of population and land mass. During his interview for the position, he explained plans to make UCLA the model for emergency management for colleges across the country, a goal Kirkland and his colleagues work toward every day.

Kirkland sends BruinAlerts to UCLA students, faculty, and staff via email, text, Twitter, and Facebook, and in certain cases, via outdoor speaker systems, the campus AM radio station, and all UCLA cable channels. The technology behind BruinAlert is called AtHoc, an emergency notification system utilized by many military installations. Kirkland says that having the ability to control and activate all forms of emergency notifications from one screen is of utmost importance when it comes to choosing a vendor. At the time UCLA was purchasing the technology, AtHoc was the only system that did this.

The success of BruinAlert is an interdisciplinary effort, with Kirkland working alongside technologists like IT Director Mark Bower to keep BruinAlert functioning, and receiving support from the office of the Administrative Vice Chancellor Michael Beck.

The emergency management system at UCLA is opt-in, meaning that individuals receive an emergency email, but must take the initiative to sign up for texts and tweets. While the majority of students at UCLA are covered because of the data they provided via their myUCLA account, Kirkland must remind staff and faculty that they need to sign up for BruinAlert’s text messages manually. He explained, “They’re usually faster. They will come to your phone, and everybody’s phone does something when they get a text message – it buzzes, it beeps, it does something. Not everybody’s phone gets email, and not everybody’s phone signals anything when it does.”

To opt-in for text messages via your campus emergency management system, click one of the links below: