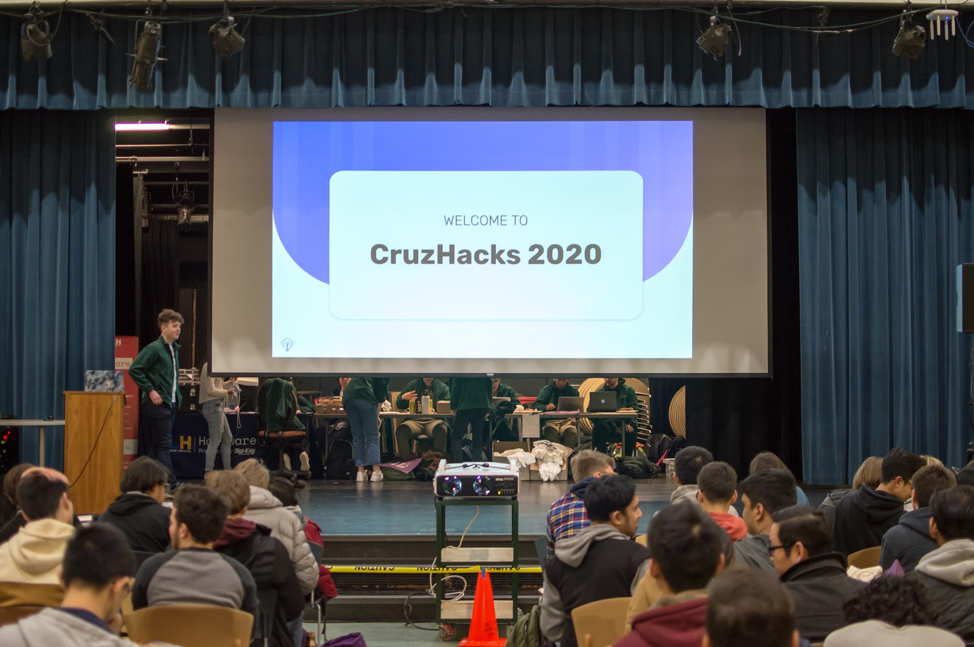 By Jim Phillips. Stevenson College at UC Santa Cruz overlooks the Monterey Bay, offering one of the most impressive views our campus has to offer (and that is saying a lot). Each year, on the three-day Martin Luther King day weekend, students from the region descend on Stevenson Events Center to participate in the annual CruzHacks hackathon.

This year, CruzHacks hosted some 450 students. Participants included students from UC Santa Cruz, CSU Monterey Bay, multiple community colleges, and even nearby high schools and middle schools. The event attracts a mix of highly driven, computer-savvy participants, some 20+ sponsors (including Bay Area companies that this year provided over $10K in prizes) and, of course, judges, mentors, and (lest we forget) a cadre of IT support staff.

The challenge: come up with a demo-able project that meets the requirements specified within the allotted time. Here is how it works: Students form teams, work on project ideas proposed by the award sponsors and, if all goes well and they build something awesome, they might win a prize. But even if they don’t win, the teams often come up with a deliverable that is novel if not inspiring, forging new collaborative relationships along the way.

From the start, the events center suddenly transformed into a bustling and energetic pop-up makerspace. It is a lot of fun, though it can be grueling. This year, students showed great stamina over the 36 hour stretch to deliver some outstanding projects. Some students slept on-site; others worked long into the night. As you might imagine, snacks are important. At one point, you could hear a muffled cheer when a load of free, caffeine-infused chocolate bars arrived.

One participant, Tim Nguyen, recounted his journey at CruzHacks 2020:

I was recruited to be part of a team … that wanted to build a platform surrounding at-home food delivery. After recruiting another business person, we pivoted to create a platform that used artificial intelligence to provide meal recommendations based on user preferences. Using React Native and Adobe XD, we successfully created high and low fidelity mock-ups and an eventual demo of what our application would look like. We also attempted to integrate Amazon Alexa and Google Places API into our application to allow users to ask what grocery items they need or to find where the closest grocery store would be.

Although we had some challenges integrating those specific APIs, we progressed well enough so that others were able to understand our idea and appreciate our development process extensively. In the end, I appreciated learning new frameworks and collaborating with others to bring our idea into fruition.

CruzHacks is entirely student run: A group of 22 UC students began work on this year’s event in March 2019. To make it all happen, the organizers divide up into different teams, each team is responsible for a different function: the engineering team for the website and applications; the sponsorship team for getting sponsors to fund events; the marketing team for community outreach and event promotion; and the logistics team for coordinating the meals, ITS support, water, ground facilities, etc. All of this was overseen by two CruzHacks co-presidents. 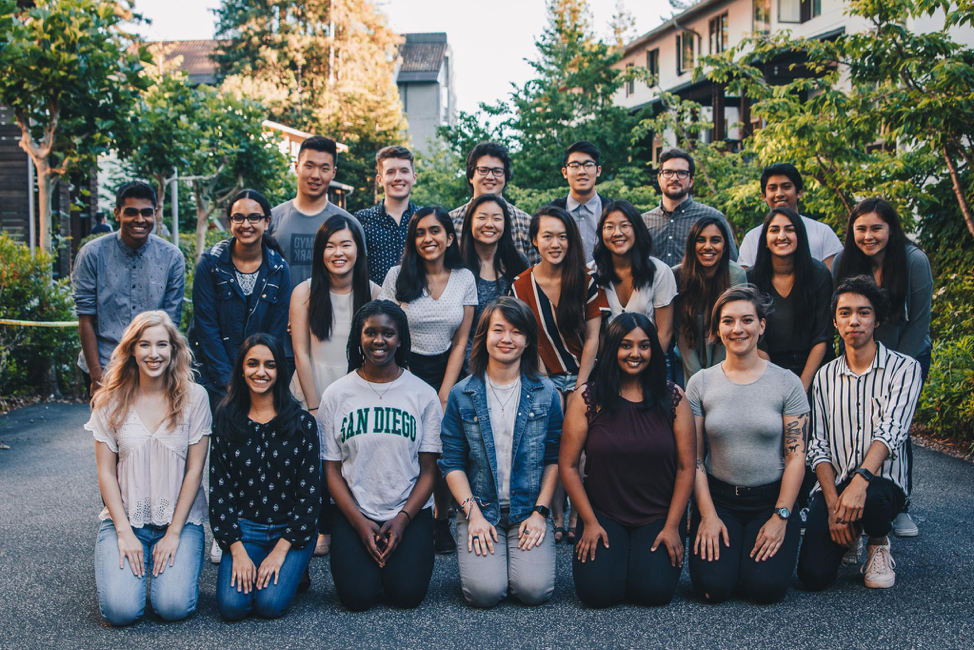 For an event like this to be a success, the IT systems and network simply have to work…flawlessly. For each of the past seven years, the ITS division has risen to the occasion, learning progressively about the unique requirements for this high visibility and completely formidable IT support challenge. As those of us who work in IT know, if we really do our job well, the 450+ participants won’t even notice the technology at all.

ITS got props from those involved in organizing the large-scale event: Sherry Huang, marketing director for CruzHacks and a cognitive science major at UCSC, described the support offered by the ITS division of UC Santa Cruz as “tremendous,” citing specifically the performance of the dedicated wifi. “Without ITS, it wouldn’t be possible,” Huang said.

In addition to providing tech support for the event, ITS personnel hosted a table where we offered information to students on ResNet and IT Security initiatives. One ITS staff person even provided some just-in-time advice to a team grappling with a programming issue on their project.

CruzHacks ends with an understandably uproarious awards ceremony. Hours of hard work, collaboration, and creativity are distilled down to moments of pride, acclaim, and mutual respect. The electricity in the air is hard to convey in writing and would be difficult to capture even on film. To truly appreciate an event like CruzHacks you have to be there in person. Taken in aggregate, what emerges far exceeds the sum of the parts.  =

Please consider stopping by, if only for a short time, on MLK weekend next year so you too can be part of the CruzHacks experience.