From Campus to Career: Why One Student Chose IT 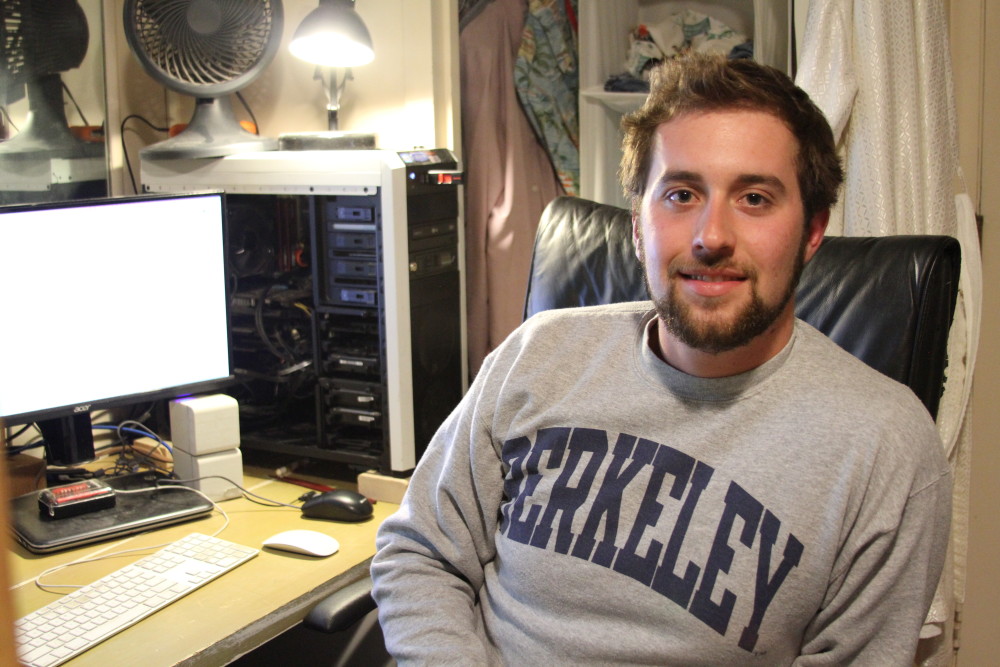 Posted by Lexi Rivetti, UCB student intern at UCOP. “I think I’ve saved people about $500 – $1,000 in this fraternity alone,” said Sam Rausser, UCB ‘16, swiveling in a black office chair and backlit by his four large computer monitors. “Recently guys have been coming to me with their Macbooks. Turns out their SATA cables aren’t working, so I tell them to buy new ones on Amazon and I replace it in their Mac for them.”

At first glance, one wouldn’t think Sam Rausser is an applied mathematics and computer science double major at UC Berkeley. Tall, stocky, and bearded with a big laugh, Rausser looks more like a wrestler than a software engineer. Yet at the Phi Kappa Psi fraternity house, he’s known as the resident “IT Guy,” diagnosing his brothers’ computers and often being called upon to “fix the Internet.”

He’s always enjoyed playing with computers, but admits the booming job market for tech spurred his recent interest in computer science (CS). Hoards of recruiters flock to the UC campuses every year to attract the best in new tech talent.

According to the Bureau of Labor Statistics, “Between 2010 and 2020, output in computer systems design and related services is expected to grow at an average annual rate of 6.1 percent, compared with 3.6 percent for the broad industry category—professional, scientific, and technical services—and 2.9 percent for all industries.”

While such findings make pursuing CS seem like an easy choice, lists and statistics aren’t the main motivators for Rausser. He says he enjoys building things and troubleshooting problems at no cost to him but time. “It’s actually kinda fun, especially when I get to help my friends and family,” he says as he reloads the screen on his computer. He sighs, realizing the Internet is down once again at Phi Psi.

Rausser trudges out of his room, and within minutes comes back in smiling, “No problem. Someone just unplugged the router,” he says as he begins to stream House of Cards, “Netflix for all!”