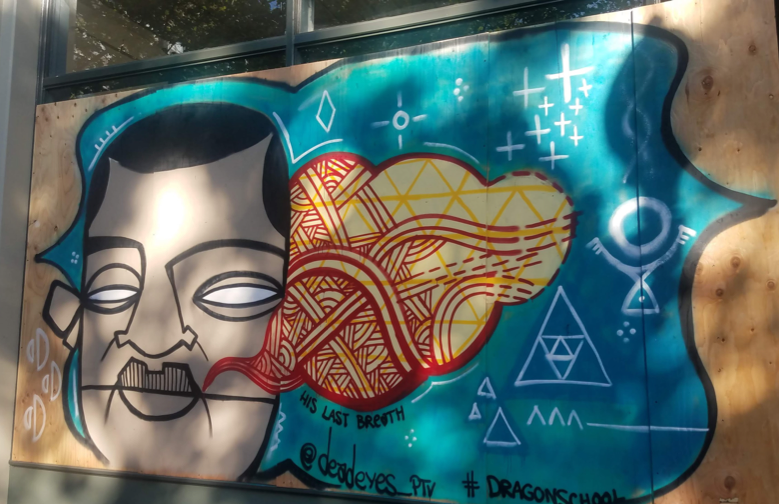 UC IT BloggerJune 3, 2020All Articlesdiversity, diversity and inclusion, inclusion, justics, Ola Papoola, UC IT, UC Office of the President, UCOP

By Ola Popoola. Editor’s Note: A member of the UC IT community, Ola Popoola, posted in her blog the following opinion piece about the recent killing of George Floyd at the hands of the police. It is reposted in the UC IT Blog with her permission because the UC IT community is committed to diversity, inclusion, and equity. Many people across the UC system are working to advance these values, and UC’s leadership issued a statement about UC’s response to Floyd’s death. Ola writes that each of us also has the power to exhibit personal leadership and take a stand.

I have been struggling to breathe. My heart has been heavy. I am disappointed, sad and disillusioned. The events surrounding the deaths of Breonna Taylor, Ahmaud Arbery, and George Floyd is baffling. It weighs heavy on my heart and constantly brings me to tears. I’ve never cried so heavily for people I didn’t know and have never met and after I am done crying, anger takes over. But I know that balance is a sign of maturity and I cannot be balanced if I continue to be angry. Besides my anger serves no real purpose except to limit the reach of my voice and render my life ineffective. Nevertheless, my heart continues to bleed as I type out these words today.

As a black mother raising two black daughters, I worry about them. I worry about what their lives may look like when I am no longer around to fight for them. I wonder, “Will they be treated fairly in whatever professions they chose? Will they be safe in any city in the country walking the streets with a black man? Will people ever look beyond the color of their skin to find out who they really are and what they can contribute? Is there even an inkling of the hope that the same opportunities provided to White and Asian people in this country will be made available to them as well?” We are all currently dealing with the ongoing stress of COVID-19 but black people have the additional layer of being hunted like animals. It is no secret that the African-American community has been hard hit by this virus. The virus is killing our community and at the same time, the police continue to kill.

As much as I am grateful to see people of all colors unite on the disaster this country has become when it comes to race relations, I also wonder what happens when the dust settles. Will things go back to business as usual until the next injustice occurs or will we seize this as an opportunity to all confront what has been the reality for all black people across this country? How much longer would be keep looking the other way until the next incident happens? Enough is truly enough. It’s time to face the truth and stop justifying the unjustifiable. The slogan I hear that this affects everyone can be somewhat infuriating because this does not affect everyone; at least not in the same way. While racism has the ability to hurt us all, it seems to disproportionately hurt black people. For a country with six times as many white people as black people, how is it that law enforcement has shot and killed about the same number of whites and blacks when talking about the shooting deaths of unarmed people?

Breonna was an essential worker providing health care to people in need. The last place she expected to confront danger was in her own home. And then you have Amy Cooper, she was smart enough to weaponize the long existing troubling relationship between law enforcement and the black man. She knew exactly what buttons to press. She understood that being a white woman claiming to be threatened by a black man will make law enforcement come running. Because of Ahmaud, I now have to investigate what neighborhoods and streets I can run through without inviting harm to myself. And George Floyd: how does one man kneel on the neck of another and appear so comfortable and at ease? Maybe because that is not the first time the tactic has been used. This is not an outrage against all law enforcement officers. Regardless of the vocation, you will always have some rotten apples amongst the good ones. If you had a doctor who left a scalpel in a patient, his or her license will immediately be revoked. So why do we hold on to and protect police officers who have shown themselves to be a danger to society or more specifically, a threat to black America? After all, our taxes pay for the uniforms they wear and the badges and guns they carry.

You might be wondering where is leadership in all of this. Luckily, I have been able to see the compassion and the empathy of my leadership. But I can’t say the same thing for other people in my shoes. The current state of leadership in America leaves much to be desired but that is why personal leadership is so important. If leadership does not seem to be readily available from the top, let’s start at the bottom. Let’s use the bottom-up approach on the race and equality issue in this country. I know people are angry and I as a black person believe we have every right to be but at the same time, violence solves nothing. Looting does nothing. If anything, it discredits the lives of those we have lost and just puts more of us behind bars. If we want change, let’s start with the person we see in the mirror and work our way outwards.

Granted, things won’t change overnight but they don’t have to remain the same. The concept of systemic racism is alive and well and continues to be a destructive force in this country. The criminal-justice system continues to aid in the preservation of racial order where black people have been consistently kept in their place. Blacks have long outnumbered whites in U.S. prisons and it is not because blacks commit more crimes. Moreover, as far as the educational system is concerned, our college participation rate continues to be much lower than that of whites, Hispanics, and Asians. A knee or a noose, a bullet; the denial of opportunities even in the face of talent, microaggressions and implicit bias – these are all ways in which the mental health of black people are threatened daily. These are things that take our breath away such that we can’t breathe physically or mentally. Ravaged by disease and hunted because of hate, enough is enough. The notion of privilege where we sit back and say, “As long as it’s not my son, daughter, husband, wife, brother, nephew, niece, mother, father, aunt or uncle, I don’t care” needs to end.

So, how do we get the word out that ending systemic racism is good for society as a whole? Let’s begin by understanding that it is not the black man’s role to change the way he is perceived whether at work, on the sidewalk or at school. Renee Graham, a Boston Globe columnist said it well when she wrote, “Asking black people to stop racism is like asking women to stop sexism.” Do you get it now?

Ola Papoola is director of Reporting Analytics, Institutional Research and Planning, UC Office of the President.

Photo by Jeané Blunt, art by @deadeyes_ptv. This mural is located on Broadway in Old Town, Oakland.