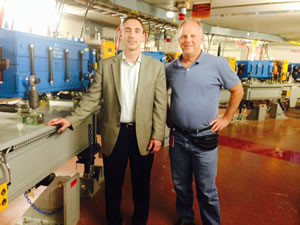 I spent the early part of the day with CIO Rosio Alvarez and her IT team at the Lawrence Berkeley National Lab. Rosio has been a faculty member, an advisor to the Secretary of Energy on cyber-security, and is an expert in IT security. The LBNL’s IT security framework is a best practice within the UC also, and I also see us leveraging LBNL’s unique expertise in data center efficiency as we work toward President Napolitano’s goal of carbon neutrality in 2025.

Next I visited with the LBNL Institute for Globally Transformative Technologies (LIGTT), which is a group focused on taking technology developed at LBNL and moving it into a business venture. The researchers there exhibit some of the most forward thinking on how to make UC research more readily available to solve real-world problems, and this model is under study as part of the president’s initiative on Technology Transfer and Commercialization for potential uses in other parts of UC. Their first product is almost ready for market – a solar battery powered refrigerator that can be used to transport vital, life-saving drugs into the far reaches of developing countries. They have been working with the World Health Organization and other NGOs to realize this dream. 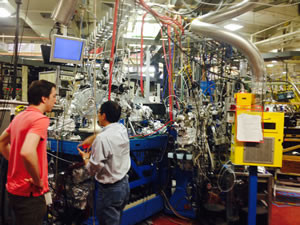 At the end of the day it was a real treat to go to the top of the hill and tour the Advanced Light Source (ALS), which is a linear accelerator. I will not even try to explain the science behind the ALS but rather provide a link: www-als.lbl.gov. Companies and universities from around the world rent time on the ALS to do experiments. LBNL truly has earned the right to call itself “an incubator for ideas, innovations and products that help society and explain how the universe works.”