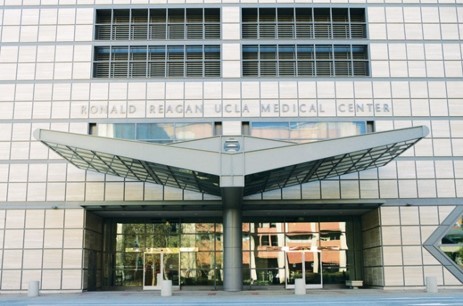 By Alison Spencer. When UCLA Health clinicians open a patient chart, they use a system that helps them see the patient as a whole individual, much more than a list of medications, treatment plans, and problems. This is the “patient story report,” an innovative charting method that Ellen Pollack and her team at UCLA Health launched in 2013 and that is now used by hospitals all over the country.

Pollack, UCLA Health’s chief nursing informatics officer, got the idea for the patient story report in 2010, when she and her team began the process of selecting an electronic health record (EHR) vendor. “We were on a quest to implement an EHR that had the patient in mind,” said Pollack. They chose Epic Systems to provide the basic software. Pollack and her team worked with representatives from Epic and UCLA’s Information Services & Solutions to customize their charting system. Pollack chose the name “patient story report” for the system they were developing to reflect their goal of a charting system that keeps the patient as the center focus.

When the joint UCLA and Epic team sought feedback from clinicians, common concerns emerged. Nurses and doctors expressed the difficulty of quickly determining a patient’s care plan and their reason for hospitalization. “Clinicians really wanted a better way to collaborate and see what everyone was working on with a patient,” said Pollack.

To that end, the patient story report lists each clinician on the patient’s treatment team. Sections on surgical and medical history allow clinicians to see the progress the patient is making in every area of concern. The report further personalizes care by including sections such as “Getting to know me,” which lists a patient’s goals, preferred name, and hobbies. On the patient’s birthday, a colorful banner appears across the top of the patient story. Another section, “Making the connection,” details the issues of most importance to the patient and family.

Pollack and the group tackled a major problem – figuring out how to make the patient story report the first thing clinicians see when they open the screen. “We definitely faced technology challenges along the way in getting everything to display properly,” said Pollack. “But we all shared the vision of how the patient story could really transform care.”

Throughout the design process, they looked for ways to make the patient story report useful for every discipline. For example, one radiologist said that he would like to be able to see why a patient’s doctor had requested x-rays. Nurses wanted to have a section to designate a goal for each shift. The group incorporated these concerns into the patient story report. With the layout settled, they added color and borders to highlight important information and add visual interest. The final product is user-friendly, attractive, and an essential part of fostering relationship-based care.

Today, medical centers everywhere can benefit from UCLA’s hard work, as Epic has incorporated the patient story into its foundational system. “The patient story really proved its worth as it continues to live on,” said Pollack. “It’s a huge part of how we care for patients.”