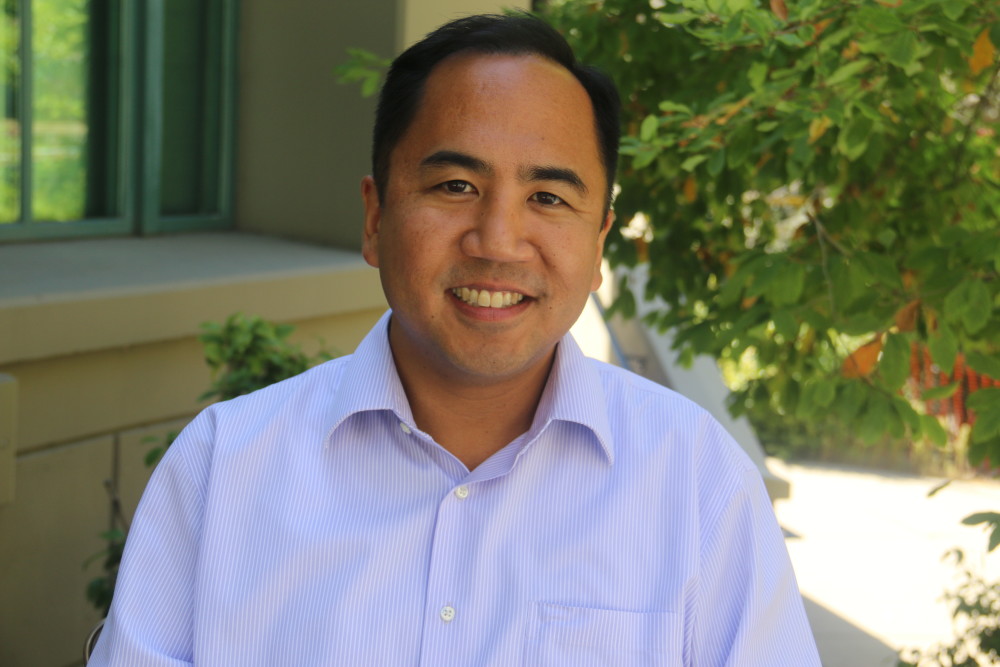 Posted by Leah Burns, IT Communications Coordinator, UCOP. Albert Duntugan always loved science and like many who study biology, intended to pursue medical school. However, after completing his bachelor’s degree from Loyola Marymount University, Duntugan pursued an interest in public policy and completed his master’s degree in health administration from the University of Southern California. “Things never work out like you originally plan,” he said with a chuckle. “A lot of what I do sounds complicated. I can imagine explaining it to my kids, and then they tell me they want to go on and be an astronaut or musician.” A native Los Angeleno, Duntugan currently works at UCLA as an Enterprise Information Architect.

Duntugan joined UCLA in 1998, starting in the School of Medicine as an Administrative Specialist, where he managed funds for physicians and programs. “I slowly climbed the ladder and over the course of ten years became the lead of a unit within UCLA’s Faculty Practice Group,” he said. In January 2013, he transitioned to his current role in the UCLA Health Sciences’ Office of Health and Informatics as Director of Informatics. Since then, he has held the role of Senior Director of Analytics and most recently, Senior Director of Enterprise Information Architecture. “The fact that my job title changed three times in three years speaks to how fast things are moving here,” he said.

In his current role, Duntugan manages a team of data architects and engineers at UCLA Health, and also works with clinical staff on addressing the needs for population health. This includes providing data to support clinical quality and research programs from the health system’s Enterprise Data Warehouse, which, among other things, holds a vast repository of electronic health record data. According to Duntugan, there are a lot of teams involved with “cleaning” and validating the data. His team also works with business intelligence groups, analysts, finance, operations, research, etc. “This isn’t just an IT programming effort, but requires staff from many areas,” he said. Duntugan also pointed out that the data in the Enterprise Data Warehouse can be very sensitive, and so he helps to make sure that the right people are getting access to the right data.

He added that one of his favorite aspects about his job is the team that he works with. “Just seeing all of this talent come together and collaborating together… I feel like a piece of a big puzzle, and it’s rewarding to be a part of an organization advancing healthcare.”