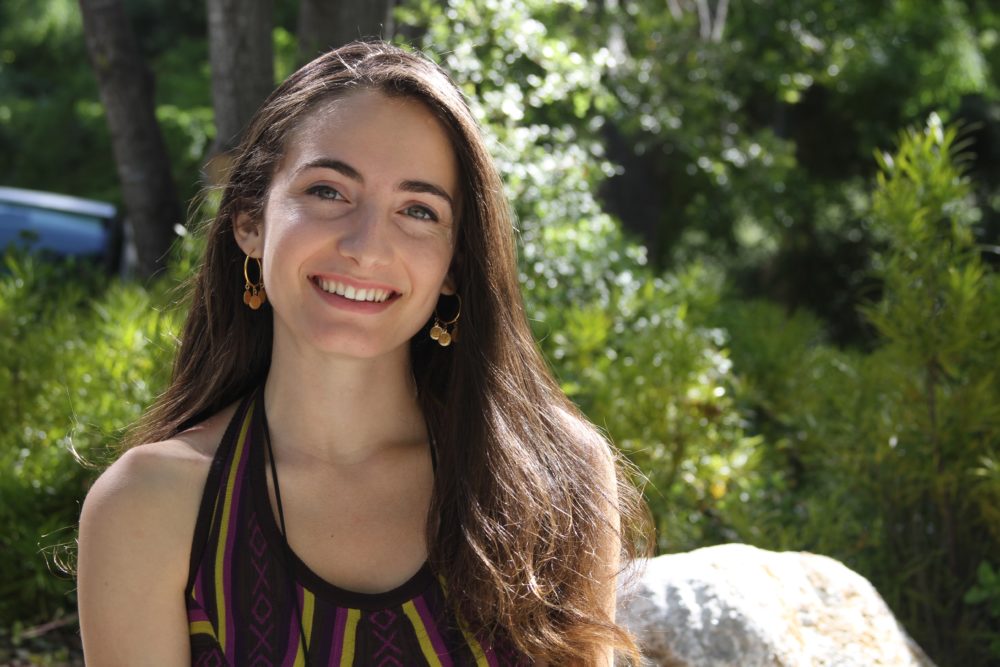 Posted by Leah Burns, former IT Communications Coordinator, UCOP. Born and raised in San Diego, Alexa Rivetti never expected to go to UC Berkeley, but as of May 2016 she is a Cal alum. “Graduating has been bittersweet,” she said. “I came in as a transfer student and only had two years, and I wish I would’ve had four. I’m still going to go to all of the football games this year!”

Readers may recognize her as the student intern producer of UC IT Blog videos and stories. Rivetti started college at MiraCosta College in San Diego, made her way north to Santa Barbara City College, and transferred to UC Berkeley as a junior. “I was lucky to land at my dream school,” she said. “I love the spirit of entrepreneurship and technology. The UC system gives people an opportunity to attend world-class institutions.”

She now holds a Bachelor of Arts in comparative Asian film and media, which Rivetti designed herself. “Making your own major is a very ‘Berkeley’ thing to do,” she laughed. For her senior thesis project, she created a short documentary, “Model Student,” which explores the subject of mental health among Asian American high school students in the Bay Area. “I was lucky to have a major that allowed me to produce a creative thesis. I hope my research may one day help the community.”

Her interest in film led her to UCOP as an IT marketing and communications intern in January 2015. “I actually applied during finals week, and I’m so glad I did,” she said. “I was excited about working for UC on systemwide projects, and I saw it as a chance to be creative and develop new ideas.”

In addition to developing content for the blog, she coordinates the University’s Federal Communications Commission licenses. This summer, she and her team members presented at the UC Computing Services Conference about their approaches to building community among IT staff across UC. “It was great to meet colleagues from around the system and discuss the future of IT communications!” she said.

Aside from being a new grad and working full-time, Rivetti is also the house president of the student cooperative, Casa Zimbabwe, where she manages her 100 housemates.