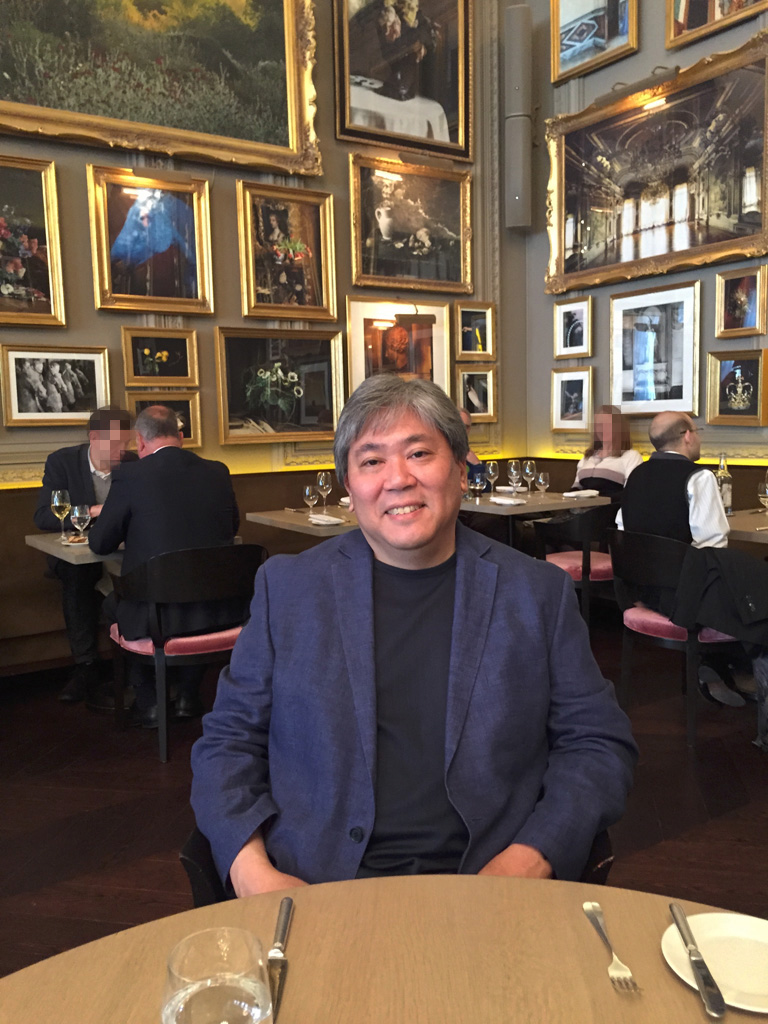 This was the first COIS award for privacy; past awards were for leadership in information security. In fact, when Wada got the congratulatory email — the night before the ceremony at the 2015 Cyber Security Symposium — he said, “My first reaction was ‘This is a mistake.’” He even declined it because he thought other people were more deserving of a security award.

But the honor was for real. And after talking with Wada and persuading him to accept, State Chief Information Security Officer Michele Robinson designated it a privacy or security award, depending on the recipient’s contributions.

Robinson told him she is impressed by UC’s Privacy and Information Security Initiative, which resulted in a statement of privacy values and principles that helps the institution navigate complex and evolving issues surrounding privacy and data protection. Wada chaired the systemwide work group that researched the issues and ideas, developed drafts, and worked with numerous systemwide and campus groups to reach consensus. The initiative has received international acclaim: Alexander Dix, the Berlin Commissioner for Data Protection and Freedom of Information, wrote in a book review of Privacy in the Modern Age that “European universities would do well to follow this Californian example.”

Wada’s career trajectory at UCLA began as a techie, morphed into campus use of emerging technologies as the Internet went mainstream, and then focused on institutional needs for information security and IT policy. His current privacy role was a natural next step. Wada has played part in many of UC’s privacy initiatives. He helped implement the UC Email Policy at UCLA, and in 2000 helped develop the UC Electronic Communications Policy, which affirmed UC’s respect for University principles such as academic freedom, freedom of speech, and privacy within the context of the institution’s legal and other obligations.

A philosophical person, Wada relishes thinking through the complex privacy issues in academia. For example, in the learning analytics sphere, current laws governing use of student data would seem to permit highly personal and granular tracking of behavior for improving student learning success. But does such monitoring of behavior violate a core principle of student privacy and potentially lead to restraints on individual autonomy? How do values of respecting autonomy balance with those of encouraging success?

Wada helps UCLA faculty and administrators work though such questions so they may move forward in a manner respectful of privacy. “Within the boundaries set by law and policy are often vast spaces where the institution has discretion to determine the best balance of goals, obligations, and values. Often legitimate goals or needs can compete, and each of us must to come to the table not only to represent our specific area, but also to think through how we move the institution forward as a whole. I know privacy folks can sometimes be seen as “no” people, seeming to stand in the way of important work by demanding risk be eliminated. But rarely is something that black-and-white.”

The need for balanced consideration touches every aspect of the University as researchers, students, and others explore exciting opportunities to change the world for the better. Examples include medical research to cure disease, bodycams in law enforcement for transparency, and analytics to improve student success.

UC is focusing attention systemwide on increased security and data protection challenges. As a result, Wada said, changes are being made to governance structures at UCLA, including its Board on Privacy and Data Protection, to reflect this new balance. “The pendulum may be appropriately tilting toward security,” he said philosophically, “but privacy is at the table too, as it should be. Privacy is one of a constellation of values, needs, and obligations in play at the University.”