UC Scientists and Programmers Fight to Save Climate Data 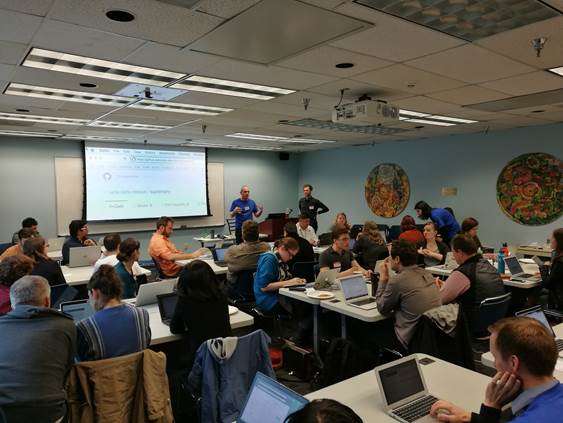 By Alexa Rivetti, IT Communications Coordinator, UCOP.  On a rainy LA afternoon, over 60 faculty, staff and students from UCLA, UC Santa Barbara, UC San Diego, and CalTech came together to preserve some of the nation’s climate change data that was stored on government websites and under threat of being taken down. On January 20, during President Trump’s inauguration, scientists and programmers were striking back and “nominating” pages to be automatically saved to the Internet Archive. Others manually harvested information and uploaded it to DataRefuge.org, a University of Pennsylvania initiative.  Inspired by a similar workshop at the University of Toronto, UCLA information studies graduate students Morgan Currie, Irene Pasquetto, Jennifer Pierre, and Brittany Paris organized the event; they created a space for teach-ins, hacking, policy discussions, and commiseration over pizza. UCLA’s Dr. Christine Borgman, professor of information studies, stressed the importance of data curation, a long-term investment, “We only know that 2016 was the hottest year on record because we have 100 years of climate data. Politicians come and go, but once data is lost, it is lost forever.”

Another workshop is being planned, and should take place in February or March. To get involved, read more on the Southern California Climate Data Protection Project website. For more information about the January 20 workshop at UCLA, read “Hackers downloaded US government climate data and stored it on European servers as Trump was being inaugurated” and “Fearing climate change databases may be threatened in Trump era, UCLA scientists work to protect them.”