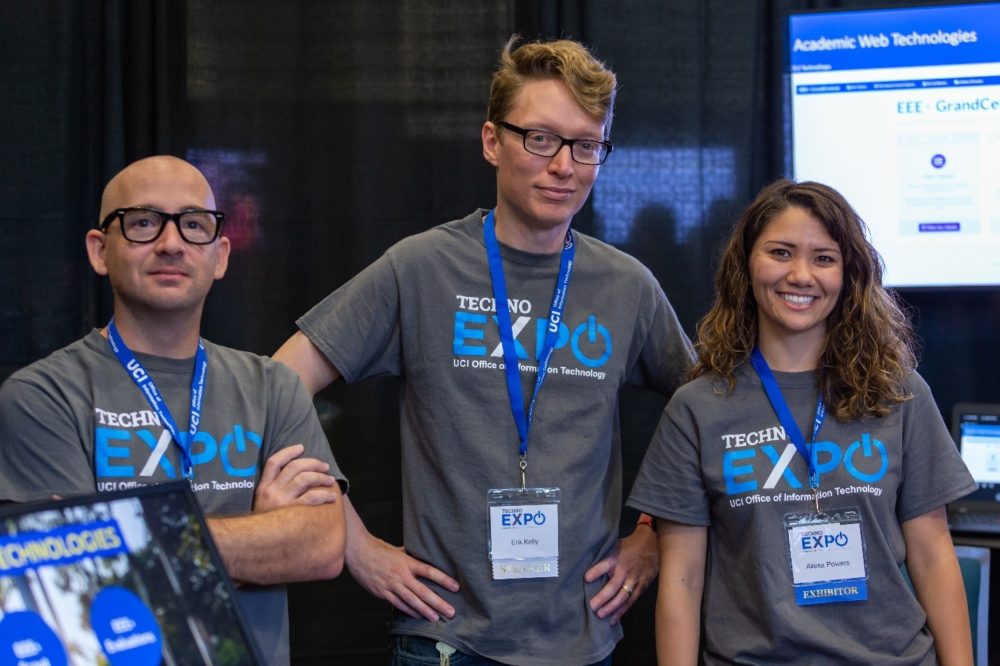 Last held in 2008, this year’s TechnoExpo was significantly larger and broader in scope. The interactive booths were aligned along seven topic tracks so attendees could access the most relevant information for their work and technology needs.

Attendees were encouraged to make their way around the exhibit hall and collect stickers on an event passport, making them eligible for a drawing with giveaways and prizes. The passport program also proved to be an effective conversation starter – each booth reported speaking from 100 to 350 individuals throughout the day.

Across the hall from the exhibits, a series of 20 short presentations and live demonstrations on technology tools took place. The presentations were also recorded and shared on the TechnoExpo website and OIT YouTube channel for those who couldn’t attend. In addition, several campus academic and administrative leaders shared keynote remarks on the important role that technology plays in advancing the university’s mission.

Perhaps the most valuable benefit of TechnoExpo was the opportunity for UCI employees who work regularly with OIT teams to have the opportunity to put faces to names and ask questions or get feedback in person. There was even some friendly competition among OIT teams on their booth displays.

Post-event feedback was overwhelmingly positive from both attendees and exhibitors, and UCI OIT plans to offer an expanded version of the expo in 2021.