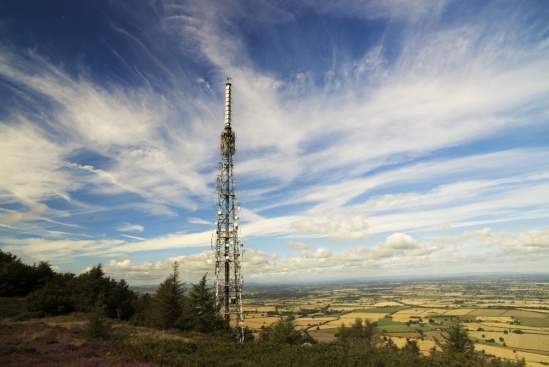 By Sonia Fernandez, Engineering and Public Affairs Writer, UC Santa Barbara.  Those of us with easy access to the internet often take for granted the plethora of information at our fingertips as well as the ability to communicate — seemingly in the blink of an eye — with friends and family both near and far. For people in communities where resources and technology are harder to come by, however, these opportunities are equally limited.

Such is the case for the tribal communities of the San Diego area, where UC Santa Barbara computer science professor Elizabeth Belding, is working to bring cutting edge wireless technology to increase the number of residents who are online in the tribal communities of the San Diego County area. With $550,000 from the National Science Foundation (NSF), Belding and colleagues will study ways of bringing telecommunications connectivity to currently disconnected residents of the rural inland native communities.

“You need the internet for everything,” said Belding. “To apply for a job, you have to be online. If you are in a remote part of a reservation, distance learning opportunities and education are critical.”

Fueled by two NSF grants — Early-Concept Grants for Exploratory Research (EAGER) and Networking Technology and Systems (NeTS) — Belding and her collaborators at Georgia Tech, Penn State and local partner Tribal Digital Village (TDV), are working to roll out the technology and services necessary to bring online more homes, municipal buildings and businesses on 13 reservations. Some homes have internet service, but many would-be subscribers live in remote areas that are difficult to reach with current wireless technologies.

“Many residents of Native American reservations around the country don’t have internet access at all,” said Belding, who has worked with unserved populations in Africa and with refugees at camps in the Middle East to provide essential communications infrastructure and technology. “This group is at the forefront.”

Among the challenges in providing high-quality broadband service to remote communities such as these is terrain, which can be inhospitable to the conventional terrestrial telecommunications infrastructure. Another is the economics of supplying the services to a relatively small, spread out subscriber base.

“I think that when you’re talking about bringing internet connectivity to rural areas there are a lot of commonalities between otherwise disparate communities,” Belding said. “You have very geographically dispersed populations, often there are economic challenges, and because there’s no infrastructure already you don’t necessarily have the technical expertise.”

Fortunately, she noted, significant technical expertise comes from local partners at TDV, a program of the Southern California Tribal Chairmen’s Association. The group has been working for over a decade to bring internet services to the rural tribal communities of San Diego County, actively lobbying the Federal Communications Commission to open the “white spaces” — unused frequencies between TV channels — for internet service.

“When you think about TV, it covers a really wide geographic area, it has really good penetration properties through foliage and through buildings,” said Belding. These frequencies are a relatively new addition to wireless technology bandwidth in this country, but are seen as well suited to rural areas.

The project, still in its trial stages, also will collect anonymized information about user habits in an effort to determine which content would result in the best user experience for the population, especially for those who would still have limited time and opportunity to access the internet. The lessons learned from the field trial and usage study would provide the researchers with information on scalability and internet use that may be specific to this particular population or to Native American populations in general. It could also pave the way for future deployments on other reservations.

“If we’re successful with the white spaces buildout we would like to use it as a model for bringing internet to other Native American populations who are not currently online,” Belding said.

Originally published in The UC Santa Barbara Current on November 2, 2016. Republished with permission.