On the Wings of Ada Lovelace 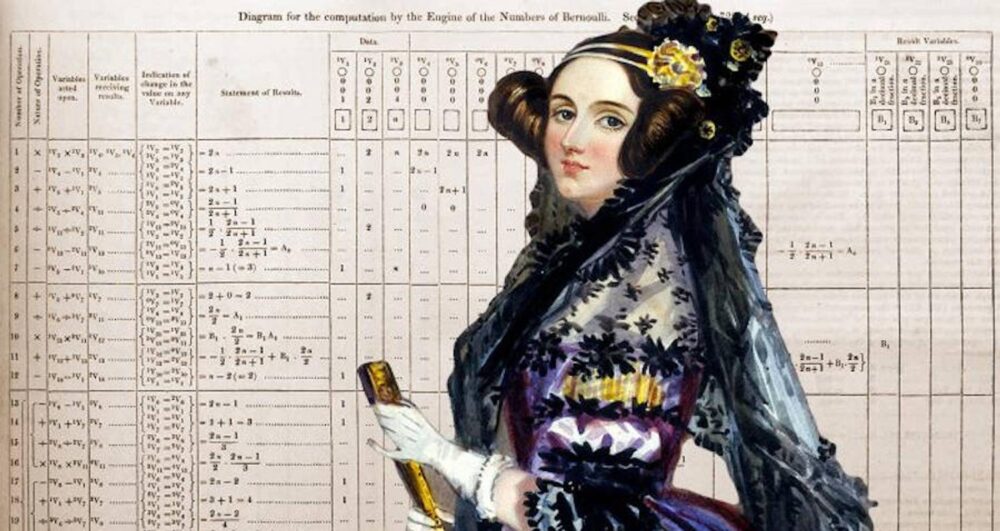 By Camille Crittenden. Ada Lovelace Day is celebrated on October 12. Ada Lovelace (1815 – 1852) is recognized for many remarkable attributes and affiliations, not only as a precursor of what came to be modern computer programming but also as the daughter of poet Lord Byron and friend to notable Victorian intellectuals like Charles Babbage, Charles Dickens, Michael Faraday and Mary Somerville. Her name has been used in tribute more recently as a programming language developed by the U.S. Department of Defense and as a unit of cryptocurrency. In addition to her precocious aptitude for mathematics and metaphysics, she was also a budding mechanical engineer and aviation visionary as a 12-year-old.

She detailed her ideas for a “flying machine” in the spring of 1828, writing to her mother: “I have got a scheme … which, if ever I effect it … is to make a thing in the form of a horse with a steam engine in the inside so contrived as to move an immense pair of wings, fixed on the outside of the horse, in such a manner as to carry it up into the air while a person sits on its back” (April 7, 1828, excerpted in Ada, the Enchantress of Numbers).

Inspired by her observations of birds and machines, she considered parameters that concern aerospace engineers to this day: materials (wires, feathers, paper), propulsion (the nascent steam engine, which she had seen on a trip to Switzerland the year before), and navigation (imagining the most direct routes across mountains and streams). When scolded by her mother for neglecting her formal studies, Ada regrettably abandoned her plans.

As the only child of a single mother (Lord Byron left England when she was only a few months old and died abroad eight years later) and raised primarily by her grandmother, Ada lacked close family relationships. Nevertheless, she benefited from wealth and social status that allowed her to explore her intellectual interests, interact with leading contemporary scientists and inventors, and make contributions to technology and abstract thinking that ushered in modern concepts of computer algorithms and programming languages.

Where are today’s Ada Lovelaces? The gender gap for study and careers in science, technology, engineering and math (STEM) is widely recognized in the United States, especially for fields in technology and engineering. After reaching a high point in 1984, the percentage of women completing computer science degrees in the U.S. declined from 37% to 18% in 2021, and women now comprise only 20% of professionals in the field.

Surprisingly, women are better represented in technical fields in countries where they are not encouraged to pursue professional careers, and other markers of gender equality are low. A 2018 study in Psychological Science explores this “Gender-Equality Paradox”; the authors examine the academic achievement of 475,000 adolescents in 58 countries and find that although girls and boys exhibit similar aptitude for science and math on international standardized tests, girls perform relatively better on reading than boys, a finding that held true almost universally. An Atlantic article summarized the research neatly in its headline, “The more gender equality, the fewer women in STEM.” In more gender-equal countries, those that often boast stronger social safety nets (e.g., Scandinavia), women have more freedom to choose their academic path and subsequent professions apart from economic pressures to provide household income. Given that many feel relatively more confident and a greater sense of belonging in non-scientific pursuits, they gravitate toward these directions.

What to do? Assure girls and young women that their contributions are needed in STEM fields, a message for parents and teachers to impart from the earliest age. Encourage them to bring their aptitude and talent for verbal reasoning and abstract thinking typical of humanities fields to engineering; Ada herself serves as a model, as she declared “I do not believe that my father was (or ever could have been) such a Poet as I shall be an Analyst (& Metaphysician); for with me the two go together indissolubly,” a view she characterized as the “Poetical Science.” (Similarly, we also need men’s perspectives and creativity in the humanities and social sciences – their professional pursuits shouldn’t be shoehorned into more quantitative fields just because it may be intellectually more comfortable or promise greater economic security. But this is a topic for another day.)

Practically, universities should simplify the process and requirements for students who want to double-major, especially between fields in Colleges of Letters and Science and Colleges of Engineering. Universities should also reduce financial and cultural barriers to enrolling in STEM programs; at UC, one-third of undergraduates enrolled in STEM majors are Pell Grant recipients, and 37% are the first in their families to attend college. To spark girls’ interest in aviation, introduce them to the field early through activities like the annual “Girls in Aviation Day” sponsored by Women in Aviation International, or give them hands-on engineering and design experience through camps like Berkeley’s “Girls in Engineering.” Celebrate role models in aviation and robotics, such as those highlighted here. Encourage female college students at UC to register for the CITRIS Aviation Prize and join a team or form their own. Or nominate exemplary leaders or programs supporting the interests of girls in tech for the EDGE in Tech Athena Awards. We must actively nurture the analytical skills and curiosity of today’s Adas to let their imaginations fly.

This article originally appeared in Berkeley Blog, October 12, 2021, and is re-posted with permission in the UC IT Blog.

Camille Crittenden, Ph.D., is executive director of CITRIS and the Banatao Institute, and co-founder of the CITRIS Policy Lab and the Women in Tech Initiative at UC.