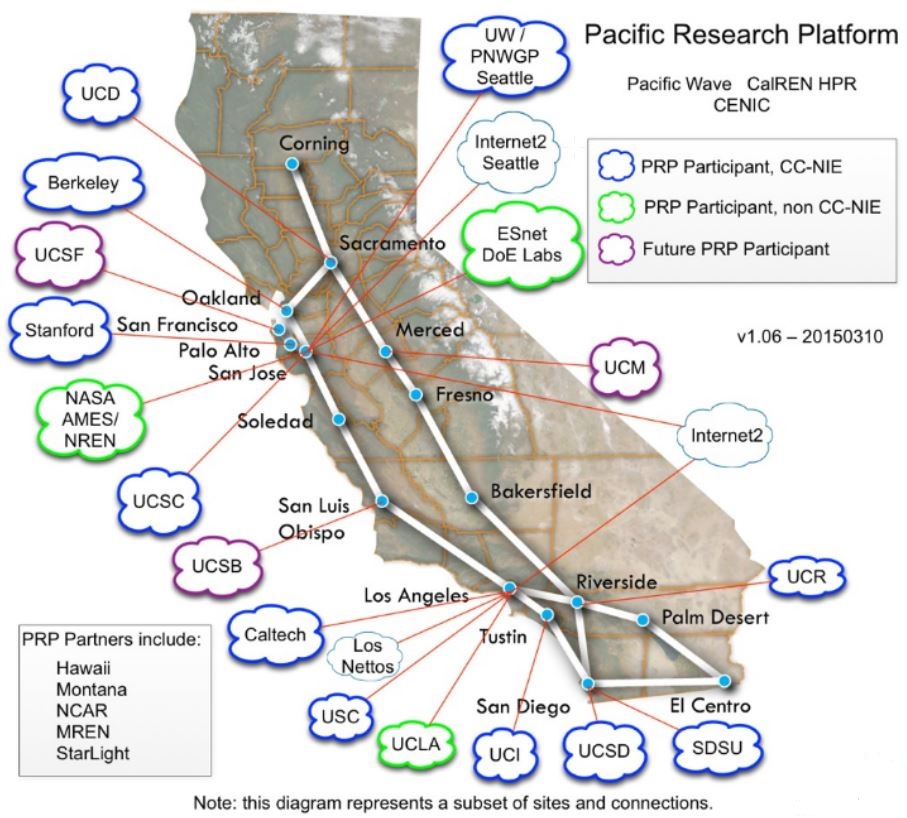 Posted by Louis Fox, CENIC President and CEO. Today, a lot of research involves remote collaboration between laboratories and universities all over the world. But collaboration can sometimes be hindered by a network design for big-data research – the Science DMZ. These are dedicated high-performance science networks designed to create secure network enclaves for data-intensive science and high-speed data transport.

Conundrum of high performance but isolation

The Science DMZ design was developed by the networking and supercomputing facilities (ESnet and NERSC) at the Lawrence Berkeley National Laboratory. It separates research networks from general-purpose campus network infrastructures so that each part of the network can be optimized for a specific purpose without interfering with the other.

The reality is that the general purpose network and its security components frequently cause bottlenecks for scientists who require high-speed data transfer in such fields as climate studies, genomics, astronomy, and high-energy physics. Increasingly, researchers in the humanities and social sciences also rely on high-speed transfers for such uses as digital high-definition cinema production, or virtual reality “copies” of remote archaeological treasures.

How can researchers who use Science DMZs – these secure network enclaves – collaborate with colleagues at other institutions?

Through the Pacific Research Platform, these dedicated campus research networks will form one large, seamless research platform so that colleagues across the west coast and even worldwide will be able to collaborate without losing any of the advantages of a network architecture optimized for big-data research. The Pacific Research Platform maximizes end-to-end performance and ease of use, and minimizes administrative difficulty. In essence, once the infrastructure is developed, individual laboratories will be part of a single advanced fabric for big-science innovation.