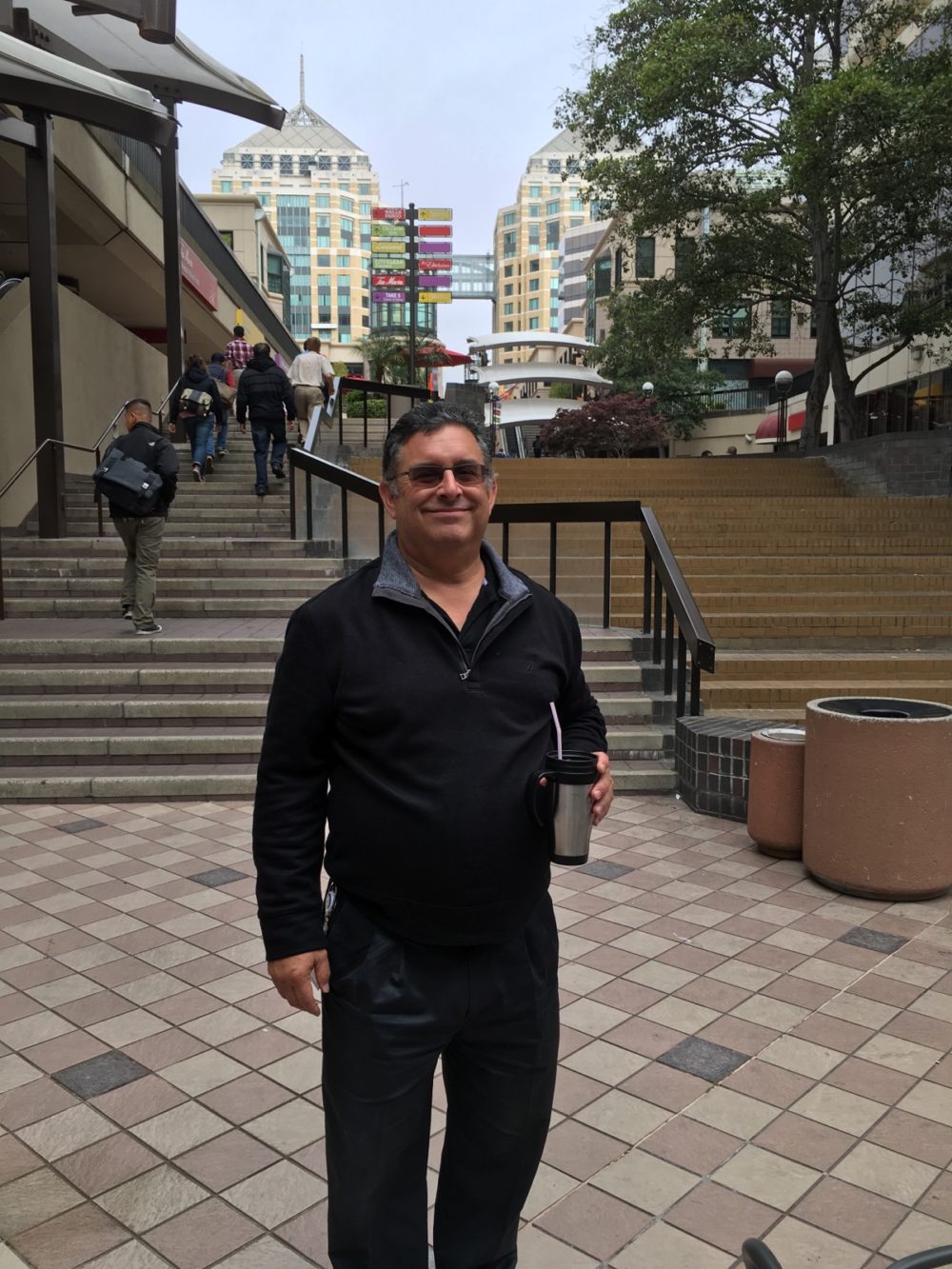 Posted by Alison Spencer, UCB student intern, UCOP. Bob Fraysse, currently an IT project manager at UC Office of the President, reflected on where his original plan to major in geology may have taken him. “I could have been standing on Mount St. Helens when it exploded!” he said. However, his fascination with his first computer science course led him on a different path. “It was so exciting to write a program and make things happen,” he said. As a result, he decided to pursue a degree in management information science at CSU Sacramento.

Fraysse started his career as a programmer at SOM, an architectural firm. A couple years later, he began working at AT&T as an IT project manager, while completing his MBA, and focused on telecommunications management. In 2012, Fraysse retired from AT&T after 33 years.

Bob isn’t the first Fraysse to join UCOP – his wife, Michelle, is the chief financial officer for the department of Innovation Alliances and Services. Not only do they get to share the commute, occasionally they get to travel to the same destination for work. Earlier this year, they both went to San Diego for business, and also visited their twins in college there.

Besides the family ties, Fraysse likes UCOP because of the excellent people and interesting challenges. Currently he is working on a project to move UCOP Oakland data center services to either cloud or campus providers. “We’ve cleared out the hardware and the mainframe,” said Fraysse. “The project has been going for a year and a half or so, nonstop!” Fraysse said his central role is to consider customer needs. He and the team sometimes work on weekends or at night so as not to disturb system users. “It’s part of being in IT,” he said. “You have to do certain things off hours or at a certain time. You don’t want to negatively impact the customer.” As the project comes to a close, Fraysse summed it up as “a huge team effort, physically and logistically, and really a pleasure to work on with great professional teammates.”

An outdoors enthusiast, Fraysse enjoys camping, fishing, and outdoor cooking. Until recently, he was heavily involved as an assistant scoutmaster for his son’s troop. Fraysse also likes gardening and playing pétanque (a French game similar to bocce) on the family’s own backyard court.