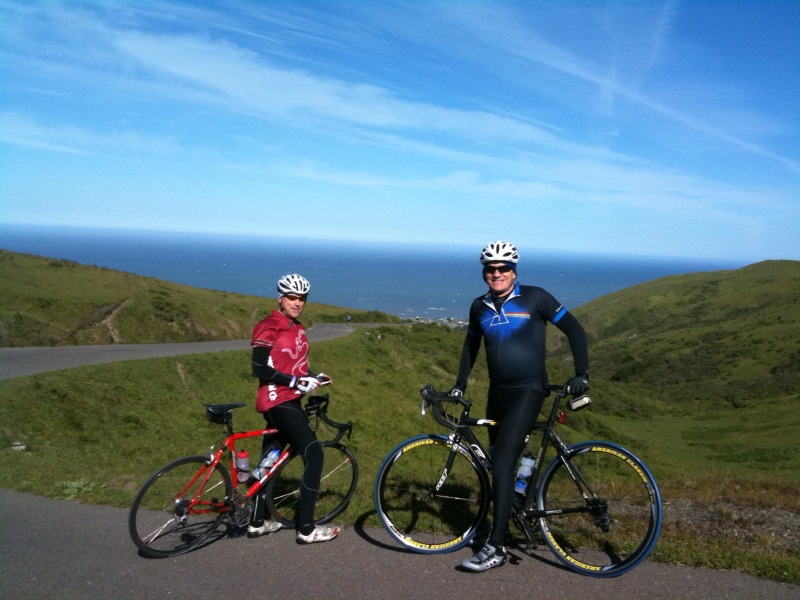 Posted by Yvonne Tevis, ITS chief of staff, UCOP. Paul Weiss got into IT because he was living in Los Angeles, and he needed money to afford a car. That’s quite a concession for a biking fiend. But the path to IT can be winding.

At heart, UCOP Chief Technology Officer Paul Weiss (pictured right) is a teacher, and after graduation from Cal, he taught math for awhile and then he and his wife took off for a year in Europe. Back in the states, he got a job at Lockheed in LA. “They would hire anybody,” he laughed, “that was the 80s, when the aerospace industry was booming and they were desperate for people.” He got to try a lot of things, including programming, and fell in love with operating systems. “They’re really complicated and allow you to do anything,” he said. “It’s the ultimate puzzle.”

Hooked, Weiss became a programming instructor with Digital Equipment Corp. He said, “I took that job intentionally because I knew they’d train the heck out of me.” Since then he has worked for big corporations and dot coms and, spent the last twelve years in higher ed. “I truly look at every job as a teacher. I want to get people to consider things. What is the essence of the issue?” His colleagues would agree. UC Irvine CIO Dana Roode said, “Paul is a straight shooter – you can always count on him to get to the heart of the matter with candid logic and reasoning.”

Retiring this June, Weiss is proud of the part he played to streamline IT at UC. For example, he recalled the development of the Effort Reporting System: To comply with federal regulations, UC needed to track staff time spent on grants. Collaborating with campuses, Weiss’s team directed development of the system, figuring one of the campuses would host it – but they asked Weiss’s team to do the hosting.

Over time, Weiss’s team assumed responsibility for hosting nine instances of the UC payroll system, and six campus mainframe services. Galvanized by Hurricane Katrina, he launched a shared UC disaster recovery service: “We were a leader for DR in higher ed,” he said. And he’s proud his team was trusted to develop the current online undergraduate system, applyUC.

He also oversaw efficiencies at UCOP, which had over 40 wireless networks, 100 servers in private offices, and multiple email systems when he arrived in 2004. Most recently, his team closed down the physical data center, moving hosting services to campus or other cloud providers.

Outside work, he likes physical challenge; last summer he completed his tenth straight year cycling the 129 mile, 15,000 elevation Death Ride in South Lake Tahoe. With retirement ahead, he’ll likely volunteer for “bikes in schools” programs. For a moment, he ponders the meaning of achievement. “I’m not necessarily impressed with the people who come in first. It’s the people who struggle but make it.”

UCOP Senior Network Engineer John McCahon reflected on Weiss’s influence: “Paul is a great friend who uses humor, perspective, and tenacity to convince people to do crazy things, whether the Death Ride or consolidating data center services, ultimately to their personal benefit or that of UC as a whole.”