UCSF Virtual Campus Tours: Take a Look Behind the Scenes 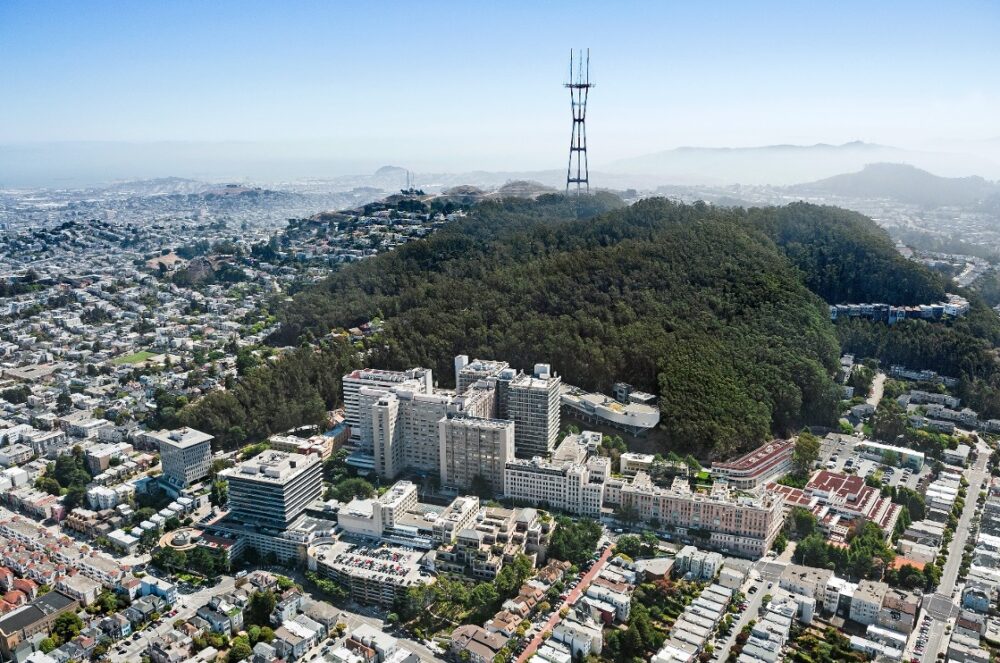 By Stephanie Yee. As at many campuses across the country, a keen interest in virtual tours skyrocketed at UCSF when the COVID-19 pandemic did not appear to show any signs of waning after several months. But with such a large institution—UCSF has several locations across the San Francisco Bay Area, including Oakland and Fresno—how would a project team approach such an undertaking?

Starting off: From Inquiry to Conceptualization

In response to a growing number of inquiries from different departments across UCSF, the Office of Communications decided it was about time for UCSF to have virtual tours available on demand!

Given the many constituents involved, the project lead conducted a UCSF wide survey to first understand and establish the project’s scope and scale. Based on the responses, a steering committee was formed to shape the virtual tours not only to orient soon-to-be arriving students, fellows, faculty members, and employees for both campus and health, but also to attract prospective affiliates and keep alumni informed about their alma mater.

Through a series of meetings over roughly two months, the project team and steering committee decided upon the following:

Almost There: Building, Testing, and Many Rounds of Review

After a round of user testing and some development hitches, plus a few tweaks to the general tour design, a draft of the virtual tour was ready for review on a development site with an explanation of some changes that were implemented:

Our selected narrator—who happened to be in super high demand—delivered the audio files on the day of the tour launch, so a mad dash ensued to manually splice the audio into unique MP3 files once received!

After incorporating a beautiful edit of drone footage at the eleventh hour, UCSF launched its first-ever virtual campus tours mid April 2021 to coincide with Alumni Weekend.

UCSF leadership has remarked this project was a great cross UCSF collaboration, involving teams from the four professional schools, the Graduate Division, research, Campus Life Services, and UCSF Health. And while it’s only been a year since the debut, updates to the first batch of virtual tours are already in order, given the recent opening of some new buildings! But the steering committee is prepared to reconvene and will be better equipped to develop the next set of campus location tours in the coming months.