Spotlight: Maria Andrade – From Student to IT Professional at UCSD 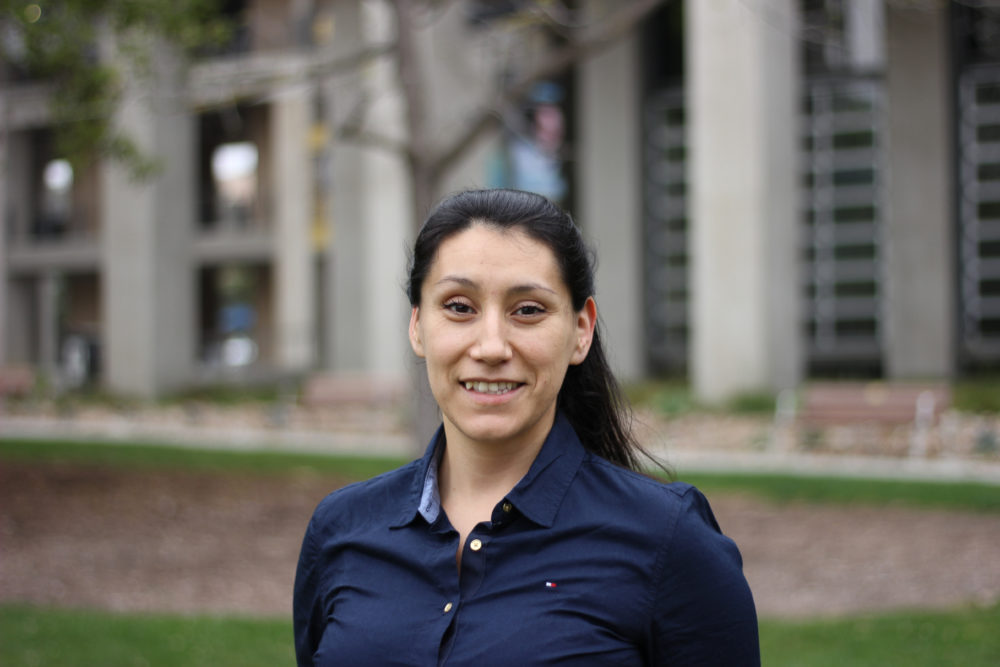 Posted by Karishma Morabia, UCB student intern, UCOP. As a high school junior, Maria Andrade took the Strong Interest Inventory Test and matched with computer engineering. After some research, she became highly motivated to pursue it as a career. Fresh out of high school and a single mother of one-year-old twins, from a family that discouraged higher education, Andrade registered at Santa Barbara City College in 2001 and declared her major. After many trials and tribulations, she was accepted to UCSD in 2012 as a transfer student.

During her first quarter, she took two classes with a professor from whom she learned that it is okay to struggle, ask for help, find and utilize all available resources, attend discussions and office hours, and most importantly, Keep It Simple Stupid. Another professor encouraged her to double major in math. Considering the extra 13 classes required, Andrade decided on a math minor instead. “I love math. It just made sense when I understood the rules and concepts.”

Andrade’s drive and talent led to several IT jobs while a student. In 2014, she saw a flyer for a ResNet Technician position with the ResNet Help Desk, interviewed, and started the job that fall. By winter 2015, she began training for a lead position, and in the spring, she transitioned to the counterpart unit of Computing Infrastructure, where she found a home. “I started out by writing scripts to assist our system administrators identify group policy objects, and their equivalent on Mac, that have been orphaned, outdated, ownerless, etc.”

Only three days after graduation in the spring of 2015, Andrade received a full-time offer and started her career as a UCSD applications programmer. “I help design and modify web applications, specifically for the ‘Official Student Messaging’ system.” This system will allow authorized senders to contact specific groups of students and will replace the existing systems: Major Lists, Minor Lists, and Class Lists.

In her spare time, Andrade enjoys crafts – scrapbooking, painting, knitting, and creating a variety of bracelets using loom bands, thread, yarn, beads. She also enjoys taking road trips up and down the coast, and drove from Santa Ana to Connecticut in an RV during winter. Last but not least, she enjoys spending time with her now teenaged daughters.